Tell the US EPA and Army Corps of Engineers propose to rescind the 2015 Clean Water Rule and to re-codify the prior regulatory text that defined the "waters of the United States.”

The League opposes this proposal because: 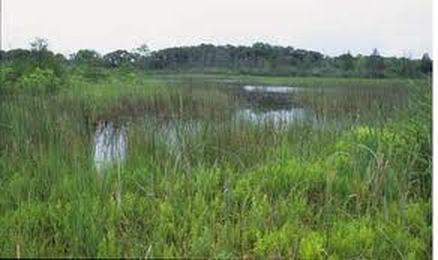 Racine County (WI) Sedge Meadow, accessed 4/15/15 at dnr.wi.gov/topic/Lands/naturalareas/index.asp?SNA=120
The League of Women Voters worked to help pass the Clean Water Act (CWA) of 1972 and has continued working to see it strengthened in the decades since. Supreme Court decisions in 2001 and 2006 (the SWANCC and Rapanos decisions) created uncertainty about whether certain waters were covered by the CWA, thwarting regulators' ability to protect those waters. The Army Corps of Engineers and the Environmental Protection Agency (EPA) drafted a rule to better define the "Waters of the United States," that are subject to the CWA regulations.  The rule provides clarity and went into effect in August, 2015.

Subsequently, several lawsuits objecting to the rule were filed by states.  The Sixth Circuit Court put a stay on enforcement of the regulation while other lawsuits continue. The standards in the rule have not yet been used.

The LWVUS publication, Impact on Issues (2012) states in the Natural Resources section,

The League’s citizen activists helped pass the landmark Clean Water Act in the early 1970s and worked to protect, expand and strengthen it through the 1990s. Water issues, from groundwater protection to agricultural runoff to the Safe Drinking Water Act, have energized League leaders, especially at the local level, for decades. (p. 43)

The Resources Management subsection of the Natural Resources section refers to the League's involvement in water policy prior to the adoption of the Clean Water Act. It states,

The League’s 1956-1958 water resources study was the basis for action on a broad range of resource management issues. By 1958, the League had taken a position that, as rephrased and expanded in 1960, has formed one of two foundations for League action on water ever since. The key concept is a strong federal role in formulating national policies and procedures. (p. 44)

The LWVUS Natural Resources positions contain many statements which lend support for the rule, including the following: